What Can We Expect From AR and VR in Marketing in 2018?

DigitalBiz Agency > Blog > Thought Leadership > What Can We Expect From AR and VR in Marketing in 2018?
Scroll Down

Marketers and advertisers are constantly being challenged to find new and appealing ways to reach potential customers. While ordinary text still has value, over the past several years there has been a pronounced shift toward video advertising, because that’s the medium which appeals most to customers. To take that a step further, even ordinary videos are beginning to lose their luster to a more experiential type of marketing, which makes use of virtual reality and augmented reality techniques.

If you aren’t familiar with the terms, virtual reality is computer-generated imagery which mimics a real-life scenario or object. Its cousin, augmented reality, is a perspective of the real world with elements added in that contribute to visual, olfactory, or haptic appreciation. Presently, augmented reality is the more popular of the two, having reached even national broadcasts. One example is on football games where virtual yard lines are imposed on the screen to show distance needed to achieve a first down. Another is when a golfer hits a towering iron shot from the fairway, and a tracer follows the flight of the ball all the way to the green.

It is expected that by the year 2022, augmented reality will have become a $117 billion business. While virtual reality is enjoying continued popularity as well, it’s likely that some hurdles will have to be overcome before it achieves anything like that kind of success. For one thing, it will be difficult for marketing and advertising people to convince consumers to don headsets in order to see their message. While this may be overcome somehow in the next few years, it remains an obstacle at present.

The reason that both virtual reality and augmented reality have become such a big part of digital advertising these days is that today’s more sophisticated users want to be more involved in everything, including experiencing any message attempting to solve their needs and desires. In other words, consumers of today want to experience everything, they don’t want to be talked down to, shouted at, or convinced of anything. This is especially true of the millennial generation, which has come of age at the same time as digital marketing, and they demand a more sophisticated experience.

One extremely clever use of augmented reality has been devised by IKEA, which has developed an app for iOS users, so that they can get an idea of how a piece of furniture might look in their home setting before actually purchasing it. By inserting a potential furniture purchase in the actual interior environment of a person’s house, the app gives the user a clear idea how the peace might fit in with home surroundings. Customers can preview as many furniture items as they wish through the app, to determine which one looks best in their home. This is a groundbreaking approach to increasing customer conversion rates, because it allows the customer to become a part of the whole sales process.

A London, UK company called Giraffe360 has developed virtual reality software to create high resolution images which will provide an immersive experience, relative to a property which might be situated anywhere around the globe. This could become an extremely useful and popular tool in the real estate industry, because it can help potential buyers visualize everything about a property they are interested in.

For 2018 and beyond, it is a virtual certainty that both these technologies will continue to develop, and that they will become a significant part of the corporate marketing and advertising arsenal. However, smaller companies, and those which have been slower to embrace modern technology, are likely to still be reluctant to adopt the new technologies for several reasons.

The headset requirement will likely remain a sticking point, and in truth, artificially created environments have yet to achieve the level of sophistication which makes them feel truly real. There is little doubt however, that some kind of compact, portable glasses will be perfected in the near future, and that both technologies will mature to a level which is even more breath-taking than they are at present. When that happens, there will probably be a universal rush to adopt these two marketing elements into more and more campaigns.

Ready to take your marketing to the next level? Contact us to learn more. 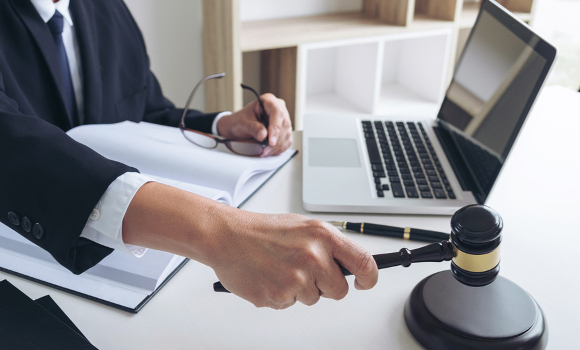 When you’re trying to gain important clients, you can’t rely so much on passive means like word-of-mouth. You must actively pursue marketi...

We offer services specifically designed to unearth your brand authenticity.
Wanna talk about yours?